I’m originally a Midwestern girl, born in Ohio but relocated to Florida when I was just a tot. My mother grew up in the hills of West Virginia, the daughter of a coal miner and a homemaker who struggled to clothe and feed five children on meager income, making a home in the “sticks,” as Mom called it. She called herself a hillbilly, and was proud of it, so I carry on that pride. Grandma was famous for saying, “We may be poor but we’re clean;” she kept her tiny rental house spic & span and was known for being a phenomenal cook. She was able to whip up a meal with whatever scraps of food were on hand, nobody ever went hungry at her table. In fact, my bio dad claims it was Grandma’s cooking that won him over, falling in love with her cooking before he did my gorgeous mama!

My mother was not a particularly adventurous cook, better known for her baked goods than anything else, but we had a homecooked dinner on the table every night, even though she worked a full time job outside the home. It was the 70’s, so meat was the center piece of the meal. I know the menus well; when I turned old enough (about 12 or so) I took over the nightly cooking, giving mom a much-needed break. Baked chicken. Baked pork chops. Tuna casserole. On the weekends, there was grilled steak and the dreaded Sunday Pot Roast. Oh, how I hated that roast! I’d push the pieces around on my plate, trying to hide them under a pile of mashed potatoes, but Mom always caught me. She didn’t make me clean my plate, but I at least had to force down a couple of bites. I swear, that plate of beef is the reason I became a vegetarian! But, I digress.

When the weather turned chilly (by Florida standards, this means below 75 degrees!) Mom would make a big pot of chili or beef stew and we’d “eat off” that all weekend long. Ooh, there was nothing like taking a slab of white bread and dunking it into a bowl of chili or stew! Simple comfort food, that’s a Midwestern diet.

Mom continued making her “famous” beef stew for many years; all of my girls have fond memories of sitting around Grandma’s table with a loaf of bread and a big bowl of soup. Even as vegetarians, they would pick out the pieces of beef and just eat the veggies, not willing to give up that taste and experience!

Now that mom is gone, and I’m a vegan, I have been searching for the closest facsimile to Mom’s. Dad has passed along the original “recipe,” of course, but I’ve never been able to replicate it. I pretty much gave up, thinking we’d all have to settle for a stew-less life, and then this happened..

My daughter Kristyn alerted me to this recipe, and therefore the blog where it’s posted. I must’ve been living under a rock, how is it that I’m just now discovering the Shannons? I love all things vintage and have actually modernized a few retro recipes on my other blog, but these folks took it to a whole new level, tackling the sacred Betty Crocker! A noble effort, with wonderful results!

This version is not quite the same as Mom’s; hers wasn’t as savory/spicy as the Shannon’s, but it’s close enough. I think that Mom were here she’d give it her seal of approval.

I made a couple of changes using what I had on hand; I substituted a bag of frozen mixed vegetables for the peas, and also left out the olive oil. I would definitely not prepare this without the creole seasoning as it adds a very nice punch without being too spicy. At the risk of sounding sexist, I must tell you that this is a very “man-friendly” recipe, a hearty dish that is sure to please even the biggest appetite! It’s a favorite of my omnivore hunny who swears that had I not told him, he wouldn’t know it was vegan.

Again, you can find the recipe over at the Shannon’s blog, along with some other wonderful dishes!

Note: I follow a WFPBNO (whole food, plant-based, no oil) diet 90% of the time, allowing for a bit of oil here & there when dining out or when I just want a little treat.  When the recipe calls for oil, I substitute vegetable broth or plain water when appropriate. This recipe does contain a meat substitute and since I limit my amount of processed foods we make this one of those occasional indulgences.

P.S. This is a re-post from my other blog, with a couple of updates/revisions.

If you ask a vegan what was the hardest part of going plant based, what he/she found the most difficult to give up, 90% of them will answer the same way: Cheese.  We love it.  We crave it.  I daresay, we are addicted to it.  And there are scientific reasons for that, something called casomorphins.  Dr. Neal Barnard of PCRM explains it much better than I can in this Youtube video, take a look/listen when you have time.

There’s lots more info out there if you’re interested, but suffice it to say: we humans have a soft spot for cheese, and though we know the reasons for avoiding and would never go back to consuming it, most vegans miss it.  To fill this void, there are many veg-friendly substitutes for the stuff, but most of it is highly processed and not very good for us.  Those of us who follow a whole-foods-plant-based-no-oil diet tend to eschew it completely, having learned that it’s better to live without it. I agree, for the most part.  I’m not perfect and I’m not a purist, so there are times when I give in to the craving, when I want something ooey and gooey and warm and comforting and nothing does that better than cheese.  Many of the substitutions out there just don’t cut it for me, I don’t like the texture or the aftertaste, something is always just a little bit “off.”  However, I found one product that meets my standards, that is so close to the real deal that I have to double-check the ingredients to assure myself that it’s not dairy: Chao.  Made by the Field Roast company, these slices are the bomb!  They make a perfect grilled cheese sandwich or, my favorite, a “toasted cheese,” basically toasted Ezekiel bread with a smear of Veganaise, slice or two of Chao, tomatoes and romaine lettuce. Yum! I am really glad that the one distributor in my area prices them so high that I can’t afford to indulge very often, because otherwise I could get into a lot of trouble.

Of course, you can also make your own as Miyoko Schinner has done in her popular book, Artisan Vegan Cheese, but I have yet to try it.

So, bottom line: I avoid cheesy-type meals most of the time but when the craving hits hard and I decide to indulge, I go for it in a big way.  This past week I did so with this Chili Fiesta Mac ‘n Cheese recipe by Vegan Yack Attack.

Cook’s Note: As usual, I eliminated the coconut oil and used vegetable broth for sauteeing. I figured there was quite enough fat in this dish, no need to add more.

The Verdict:  Follow Your Heart shreds are good on tacos, but I have never tried to melt them.  I had misgivings, but wanted to follow the recipe as written, so I did just that.  Once again, there was a strange aftertaste, and though it was okay, I wouldn’t use this product again for mac ‘n cheese.  The chili, however, was delicious! I doled out portions for my kids and advised them to use a box of Earth Balance as a base instead. As for myself, this is way too high in fat & calories, yikes!  I decided to have just the chili served over rice, with a little avocado on top, and enjoyed that much more!

Look at the difference in nutrition: Per Serving: 259 Calories; 2g Fat (6.6% calories from fat); 11g Protein; 51g Carbohydrate; 10g Dietary Fiber; 0mg Cholesterol; 316mg Sodium.  And that is why I don’t suggest eating cheese on a regular basis!  For a healthier version of Chili Mac, I recommend FatFree Vegan Kitchen’s wonderful recipe.

Today I’ll be making a Chipotle Corn Chowder, can’t wait to try it! 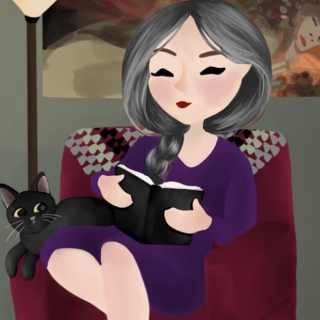